Objective: To determine the yield of common pathogens isolated from urine specimens and  their  sensitivity pattern in children at National Institute of Child Health (NICH), Karachi.

Methods:  This was a retrospective descriptive study conducted in the department of paediatric neph-  rology and pathology, National Institute of Child Health over a period of two years, from January 2014 to December 2015. All urine samples received in our laboratory from children admitted to nephrology and other departments during the study period were processed for culture and sensitivity. All samples were inoculated with cystine lactose electrolyte deficient (CLED) agar plates and biochemical charac- teristics of the specific pathogen were identified on biochemical tubes. The plates and tubes were in- cubated for 24 hours at 37ºC and growth of more than 105 CFU was considered as significant. These colonies were identified by morphology, lactose fermentation, Gram stain  and  biochemical  tests. Anti- biotic sensitivity was performed by Kirby-Bauer method as  per  CLSI  (Clinical  and  Laboratory  Standards Institute) guidelines and sensitivity was recorded after 24 hours' incubation at 37ºC.

Conclusion: A high yield of common pathogens in urine samples and high resistance to common antibiotics was observed. 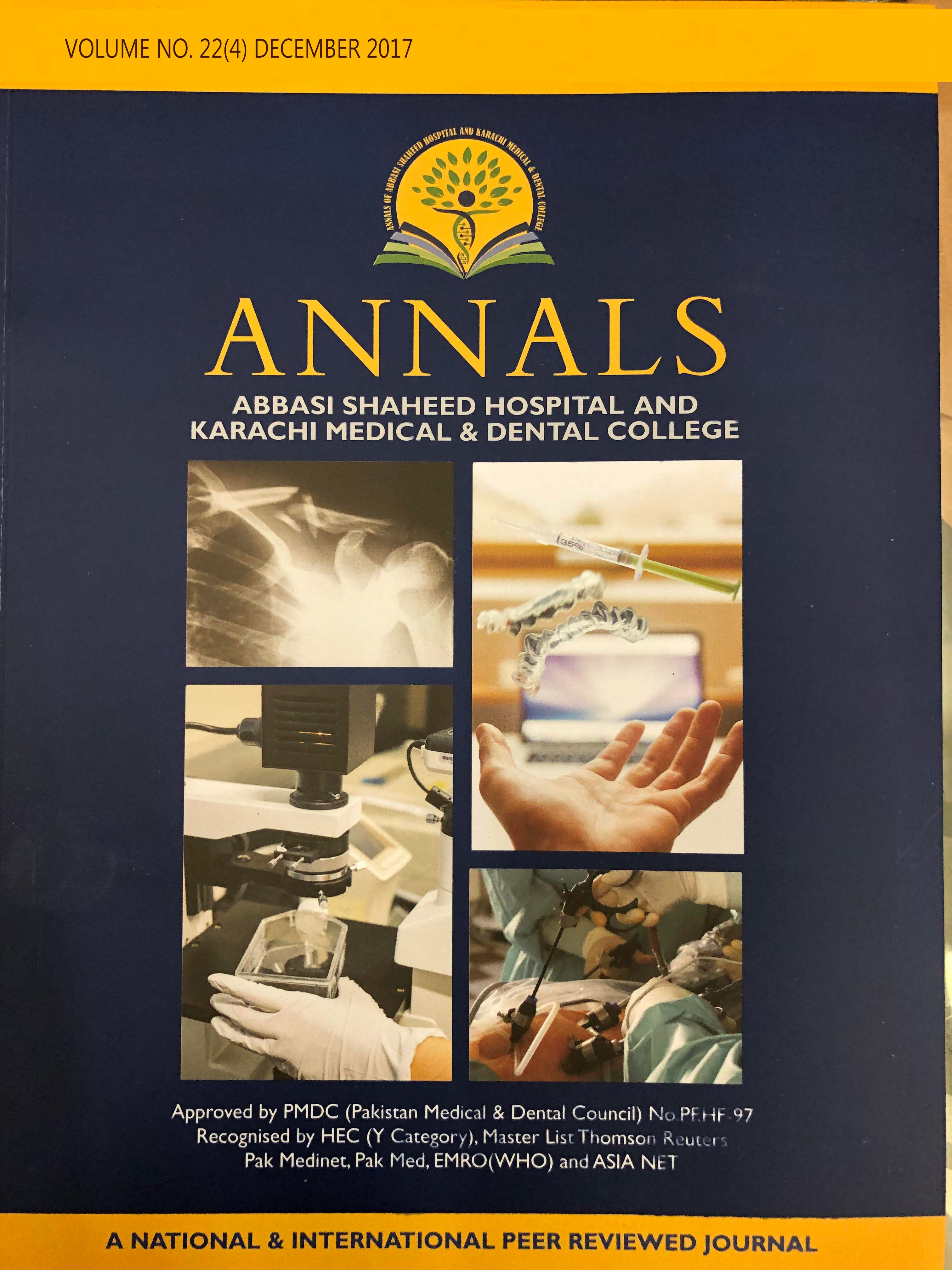