Objective: The aim of the present study was to evaluate the intensity of donor site pain after autogenous iliac crest bone graft harvest for arthrodesis of joints and non-union of fractures.

Methodology: This prospective cross-sectional study was conducted at the Orthopedics Department of Khalifa Gul Nawaz Teaching Hospital in Bannu. A total of 156 patients who underwent iliac crest bone graft harvest were included in the study. The frequency and intensity of donor site pain were assessed using the visual analogue scale (VAS) after one month of postoperatively.

Results: Out of 156 patients, the majority were males (61.5%). The mean age and pain score observed in the enrolled patients was 34.7 ± 9.5 years and 2.24 ± 2.01, respectively. Mild pain was present at one-month follow-up postoperatively in 50.6% of the patients. The pain intensity was assessed in relation to gender and age; there was no significant difference in the mean VAS scores between males and females (p=0.45). Furthermore, stratification with respect to age also displayed no significant variation in the pain scores with respect to age (p=0.99).

Conclusion: Donor site pain remains significant morbidity associated with iliac crest bone graft, mild pain was observed in half of the enrolled cases, and only 23% were pain-free after one month of the surgery. 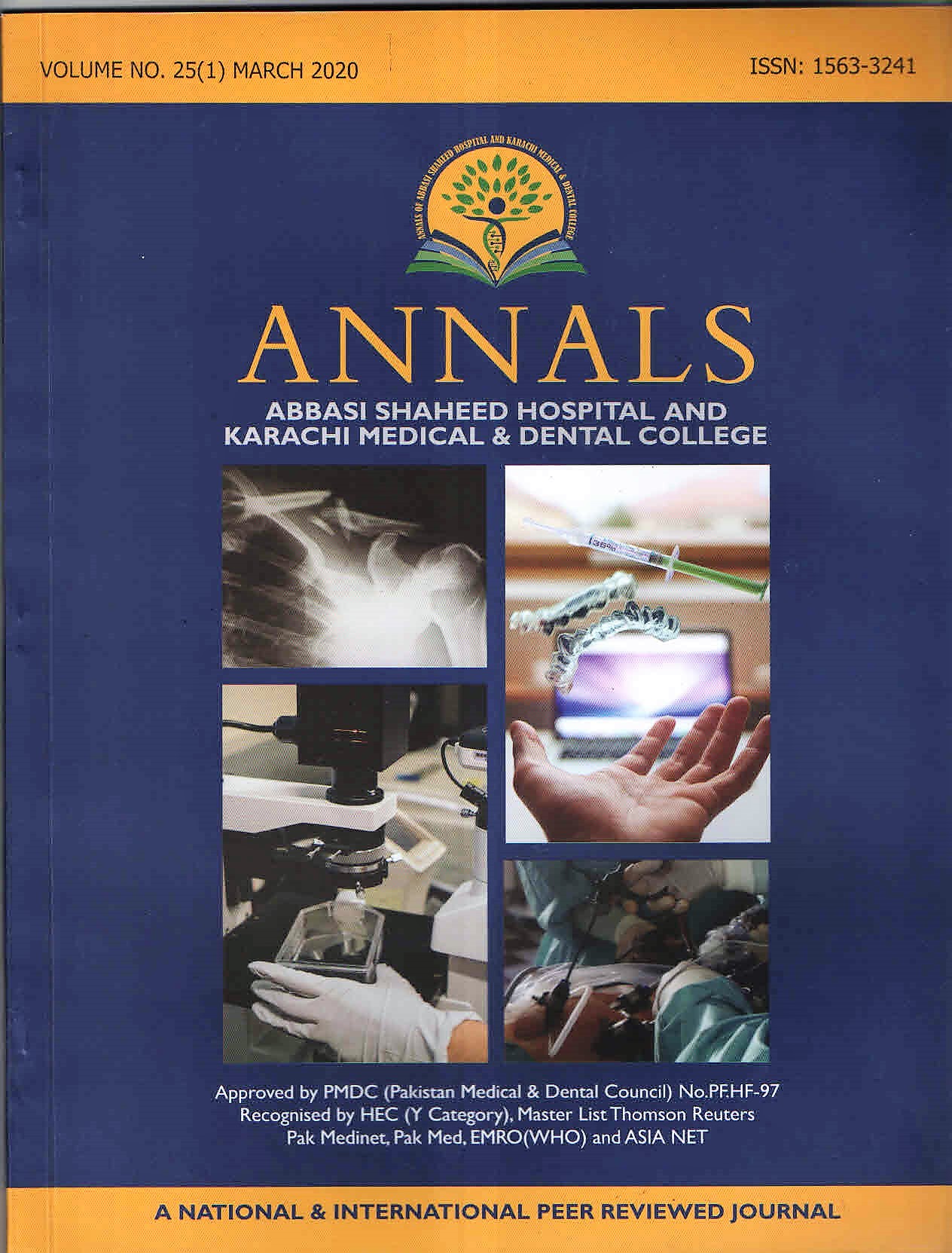